There are only weeks left until the next KC SuperStar – Kansas City’s top high school singer – is chosen in an exciting evening of performances!

Now in its 13th year, KC SuperStar is a singing competition (ala “American Idol”) produced by The Jewish community center (The J). What started as an open call with dozens of high schoolers singing their favorite a Capella songs has now come down to the final event on Sunday night, August 28 at Johnson County Community College’s Yardley Hall. The top 10 singers will perform both individually and as a group with one singer taking home the top prize of a $10,000 scholarship!

Each year, a well-known celebrity is part of the final KC SuperStar event. broadway star Matt Doyle will be joining the August 28 event as host and performer. broadway star Laura Benanti had been announced earlier as the host of KC SuperStar, but due to an unforeseen scheduling conflict with a filming commitment, she was unfortunately unable to host/perform at this year’s event.

Doyle won this year’s Tony Award for Best Actor in a Musical for his role as Jaime in “Company.” In addition to his work in “Company,” Doyle’s other Broadway credits include “The Book of Mormon,” “War Horse,” and “Spring Awakening.” Doyle also starred in the world premiere of Huey Lewis musical “The Heart of Rock & Roll” at The old globe San Diego Theater. His television and film credits include “The Code”, “Gossip Girl”, “Private Romeo”.

“We are thrilled to have Matt come to Kansas City so soon after winning the Tony,” said KC SuperStar manager Felice Azorsky. “We know that those who attend KC SuperStar will not only enjoy hearing from our finalists, but will also be treated to a special performance by Matt Doylewho has one of the most incredible voices on Broadway.”

The Top 10 finalists are a diverse group of singers from across the subway.

Abby Augustine is a recent graduate of Blue Valley Southwest High School and is attending Kansas State University to study Training and Rehabilitation Science and a minor in Music. This is Abby’s second year as a finalist for KC SuperStar.

Maddox’s Bane graduated from Park Hill High School and attended the Boston Conservatory in Berklee to earn his BFA in Musical Theater. A veteran of community theater, Maddox won the Blue Star Best Actor Award, which allowed him to attend the Jimmy Awards hosted by the National High School Musical Theater Awards in New York.

Maggie Bunch is a graduate of Blue Valley Northwest and attends the University of Missouri majoring in journalism and minoring in musical theater. Maggie has performed with various community theaters and was a member of KC A Capella’s SoundProof.

John Paul Spend a senior year at Heritage Christian Academy. Music is his whole universe and this since his youngest age. John Paul is involved in his school’s choir and drama department. John Paul received a Blue Star nomination for “Xanadu the Musical”.

Alexyus Johnson is a senior at Oak Park High School. Singing since childhood, Alexyus got into acting with CYT and at school. Alexyus was nominated for a Blue Star Performance Scholarship as well as two awards through the KC Cappies.

Kate Meives is a senior at Olathe East. Kate has performed throughout Kansas City and is heavily involved in her school’s theater and choir, competing in the district and KMEA and was superior at the Kansas Thespian Festival.

Brett Oplotnik is a senior at Blue Valley Northwest High School and has performed in numerous shows in area community theater. Brett is a member of KC A Cappella SoundProof. During the past school year, Brett was nominated for a Blue Star Award.

Cara Parisi is a recent graduate of Bishop Miege High School and is attending the University of Alabama at Birmingham for a BFA in Musical Theater. Cara was a KC SuperStar semi-finalist three years in a row, an active community theater artist, and is a former member of KC A Cappella’ SoundProof.

Gioia Serra is in the first year at Notre Dame de Sion high school. A singer since the age of six, she enjoys both musical theater and studying opera. She is involved in her school choir/Department of theater.

Stella Woodall is a senior at Blue Valley Northwest High School and vice-president of her class. Stella is involved in chamber choir and performs at various community theaters in the area.

The judges for this year’s KC SuperStar Finals are three entertainment industry professionals – Lindsey Jones Pryor, Millie Nottingham and Richard McCroskey. The public will have the opportunity to help determine the top four finalists. Over $22,000 in scholarships are awarded to the top 10 singers. In addition to the first prize of $10,000, other singers will receive second place prize money – $5,000; Third place – $2,500; and fourth place – $1,000; all other finalists receive financial scholarships.

KC SuperStar is The J’s annual fundraiser. Proceeds from KC SuperStar help provide transportation, meals, education, camp, wellness programs and the arts to so many children, families , deserving individuals and adults. In 13 years, the event has raised hundreds of thousands of dollars in scholarships for individuals and families. The J will continue to share a portion of KC SuperStar proceeds with the Reat Griffin Underwood Rising Stars fund; this year, proceeds will also be shared with Kansas Hillel University. Thanks to the generosity of the community, The J was able to provide financial assistance of $540,000. KC SuperStar is the biggest fundraiser for The J. Chairs for this year’s event are michelle cole and Kurt Kavanaugh, both longtime J members and dedicated community volunteers.

The Jewish community center of Greater Kansas City opened in 1914 in downtown Kansas City, Missouri and has grown and adapted to meet the changing needs of Greater Kansas City’s Jewish and secular communities. Our mission is to build a strong, vibrant, and inclusive community that enhances well-being, meaning, and joy, based on Jewish values, heritage, and culture. We are a welcoming community that embodies Jewish values ​​in a safe and respectful environment. People of all ages and backgrounds learn and grow in our “home away from home”. For more information, visit TheJKC.org.

Previous Nearly one in five Canadian small businesses are on the brink of bankruptcy: CFIB poll 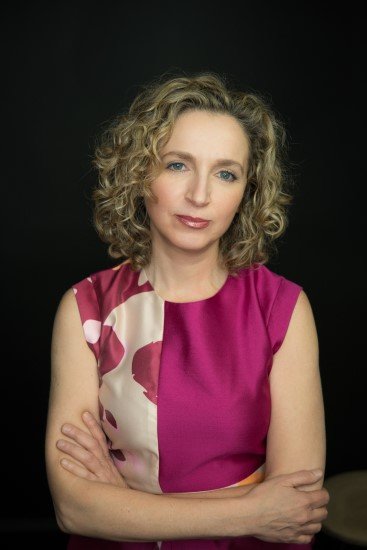