Mo Willems children’s books begin before a page is turned. The size, shape and appearance of each book is very particular: the simple act of holding one in your hands is almost a theatrical experience. Leonardo the Terrible Monster’s book (as well as the sequel Sam the Most Scaredy-Cat Kid in the Whole World) is huge. It’s all part of the clever plan, says Willems: “In Leonardo’s case, he’s helpless, he’s clumsy, he’s small. A book is a sculpture and if this one is somewhat difficult to hold, perhaps that will engender some empathy for Leonardo’s clumsiness.

The “sculptures” from Willems’ book about Leonardo, the creepy monster that’s decidedly not scary, are now staged by Chicago-based Manual Cinema theater group. It was Willems who first approached the company when he began his artist residency at the Kennedy Center in Washington DC in 2019, during which a wide range of artists reinterpreted his award-winning books: “I loved the freshness and exuberance of their work. felt. I’m always looking for the spark in any work that goes beyond performance and inspires the audience with the delightful thought that they too can do something like this.

When I talk to co-art directors Sarah Fornace and Drew Dir (two of the company’s five core members), they describe the changes they made to their creative process to bring Willems’ books to life. They still use their signature combination of puppet-led theatre, film and music and create live animated action, which is then filmed and shown on a large screen above. Only this time, the screen will mimic the shape of Willems’ books, the puppets will reflect the book’s “beautiful matte colored paper aesthetic”, and rather than using a lot of shadow puppets, the actors will open air: “We like the idea of ​​having our faces in a children’s show, especially since it’s about big emotions and making friends.

While it’s been a strong presence in puppet circles since its 2010 debut, it’s the first full-fledged family show created by the Emmy-winning team. Fornace and Dir are married, and with a two-year-old son, it was a good time to start doing family theatre. But it’s more than just a change in personal circumstances, says Fornace: “Getting the kids working seems really important right now. The more bad things happen in the world, the more I want to tell stories of empathy for audiences of all ages, especially young children.

As we chat on Zoom, Fornace and Dir instinctively wave their props in front of the computer screen, creating an impromptu show broadcast live in my living room. Fornace holds a paper telephone puppet and lets out a loud RING (“It’s my favorite, it’s the school bell!”). She disappears for a second then comes back, a little red, clutching one of the ring binders that will be used to create a mini flip-cinema. She flips through the binder and, just like that, Leonardo the monster is up and running. As we talk, my 20-month-old son, Benji, peeks at the door, eager to know what’s going on. Fornace can’t resist. A giant blue fluffy monster appears on screen. “Hello from the United States! Delighted to meet you!” 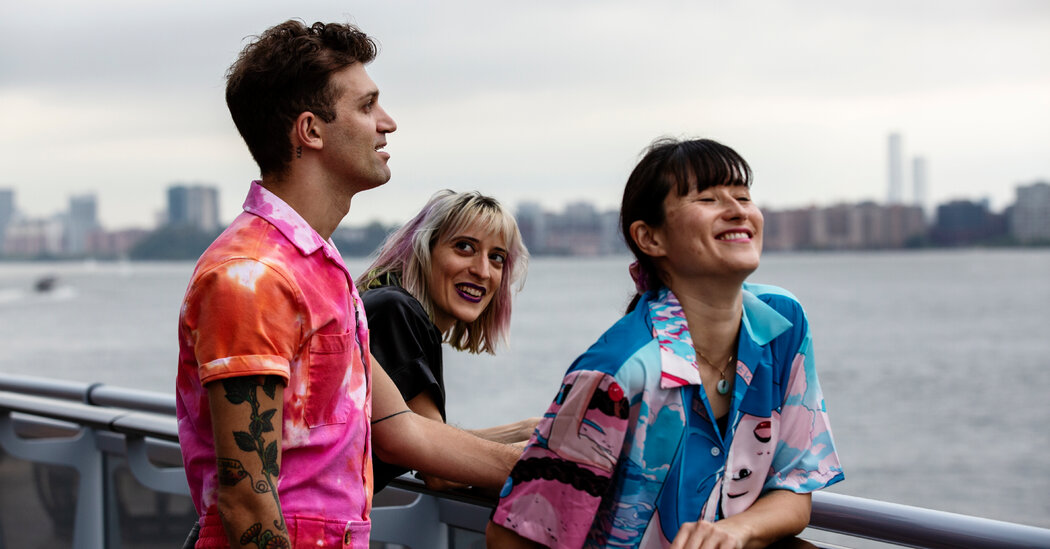