COMING OUT, THE MUSICAL to be Featured in Emerging Artist Theater’s Fall New Works Series

The Friday night show at the Arcada Theater in St. Charles has begun as owner Ron Onesti begins each show.

“I always bring out the American flag, play the national anthem, and honor veterans, first responders, and especially nurses and teachers as unsung heroes in our community,” Onesti said.

The 900 Onesti nurses treated to ABBA’s free Friday night tribute show have 900 stories about why they chose this career.

For nurse Sharon Seaman, who has worked for the past 48 years at the Advocate Sherman Hospital in Elgin, this story begins as a 10-year-old girl growing up in Carpentersville.

“Back then, when the kids were riding bikes in the summer, my girlfriend and I would go to the library, get our books, lock ourselves up, and read — a lot,” Seaman says. “I read those books about Nurse Cherry Ames.”

Starting out as a nurse’s aide at 16, Sharon Seaman became a registered nurse and has spent the past 48 years at Sherman Hospital. “I like taking care of people,” she says.
– Courtesy of the Seaman family

As soon as Seaman got her driver’s license, she was driving her mother’s apple-green 1968 Mustang for a weekend job as a caregiver for the elderly living in what was then called Americana Nursing Home at Elgin.

“You bathe them, change their diapers and feed people,” recalls Seaman, who earned $1.75 an hour.

“I think I have an empowering, empathetic feeling,” Seaman says. “I love taking care of people. I always have.”

In the first class to go every four years to the new Irving Crown High School in Carpentersville, Seaman graduated in 1973. She got a job paying $2.50 an hour at Sherman Hospital in January 1974 and never left.

“You know how nurses burn out? I never have,” says Seaman, who admits she plans to retire on her 67th birthday in March and that her son, Shane, and granddaughter Five-year-old Rayah moved to Florida earlier this month. . “I always felt blessed.” 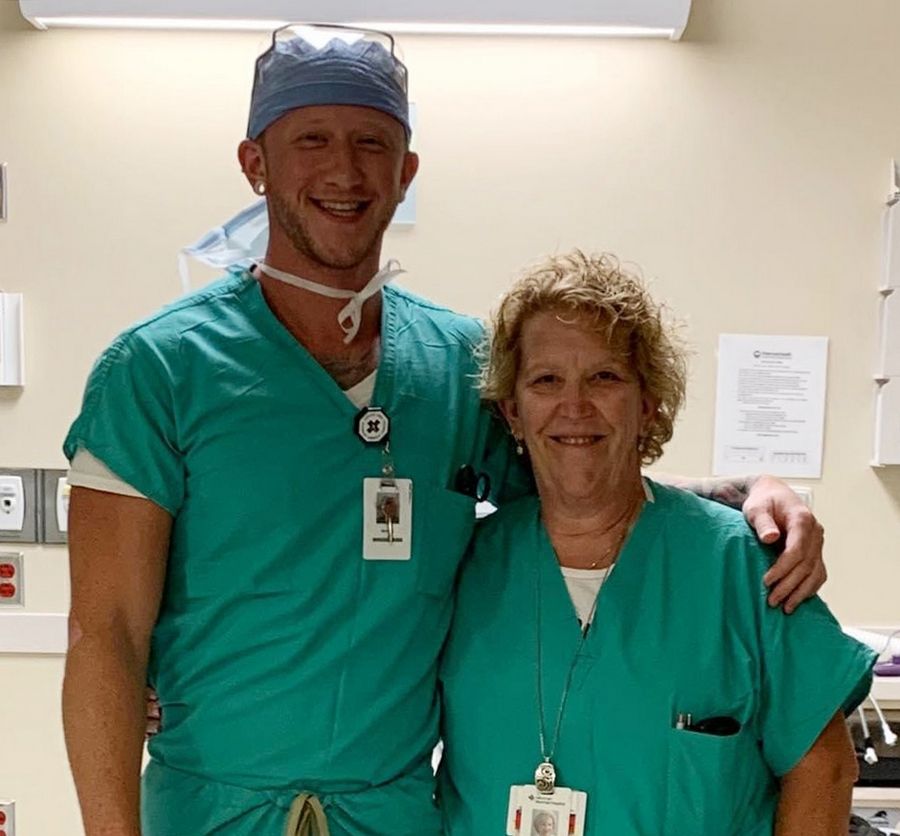 Having worked the past 48 years at Sherman Hospital, nurse Sharon Seaman has worked with her son, Shane, who is a surgical technician.
– Courtesy of the Seaman family

Her son is a surgical technician and the couple worked together for a time at Sherman, which is more than a workplace for Seaman.

“This is my home. I grew up here. I had braces when I started,” Seaman laughs.

Nurses, like police officers and firefighters, experience dramas in their careers that still haunt them.

“Wait. You strike a chord,” Seaman said, sobbing softly for a moment. “I’ve been a lot more emotional since COVID.”

One of his patients, a 37-year-old husband and father, came to the hospital for surgery after a grim diagnosis of pancreatic cancer. Pandemic restrictions meant he was on his own, with only Seaman to look after him.

Not everyone reciprocates her kindness and patience. Nurses, especially those who work with COVID patients and all the anger and misinformation surrounding this virus, told stories of spitting, cursing and punching.

“We’ve been impacted since the beginning of time,” Seaman says, noting that she’s avoided any serious injury in her career. “You stand away from the side fence. You say, ‘Please.’ We don’t touch them without asking.” Gone are the days of her being a general surgery nurse and a patient having her gallbladder removed (now an outpatient procedure) spending a week in the hospital under her care. “You got to know your patients and their families,” she says.

Even now, patients from decades ago will see her in public or return to the hospital for another procedure and recognize her as the nurse who gave them such good care. They recognize her voice and her curly blond hair, and they remember how she made them feel.

Since the pandemic has caused stress for everyone and led to overcrowding in hospitals, anger has been more widespread. “It’s a scary time to be a nurse,” says Seaman, who strives to understand patients’ emotions.

“They’re medicated. They’re in pain. They’re stressed,” she says. Some have mental health issues or post-traumatic stress disorder, or are frustrated that hospital visits aren’t the same as when staff weren’t worried about a pandemic.

“In my head, I swear maybe,” Seaman says. His calm demeanor sometimes prevents patients from swearing and screaming.

She returned from vacation to find a note saying one of the local families had been devastated by COVID, and a 47-year-old neighbor was in intensive care with other issues. “I snuck in and saw it every day. I just opened the door,” Seaman says. “The first five days, he didn’t even know me.”

Now she works in the recovery room, where she treats patients who wake up after surgery. “I just take care of patients an hour earlier than before,” she says.

Onesti, who had a relative who died of coronavirus, says people sometimes ask why he honors nurses for doing the work they are paid to do.

“It’s not about what they do. It’s about how they do it,” Onesti says. “They do it with such compassion and in such a selfless way that they themselves feel the pain that the family feels.”

As a 16-year-old girl giving cottage cheese to an old man or as a seasoned nurse caring for a young woman faced with a startling cancer diagnosis, Seaman’s work as a nurse has never did not change the objective.

Next "A Quick 5" with playwrights Bernie Gabin and Phoebe Roberts 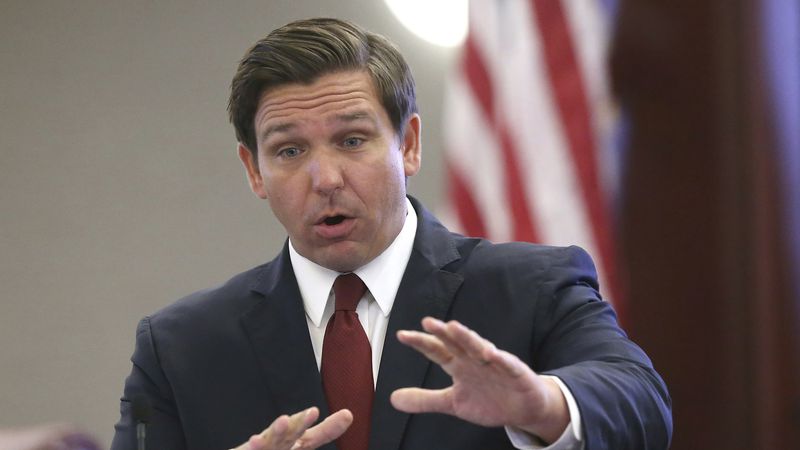 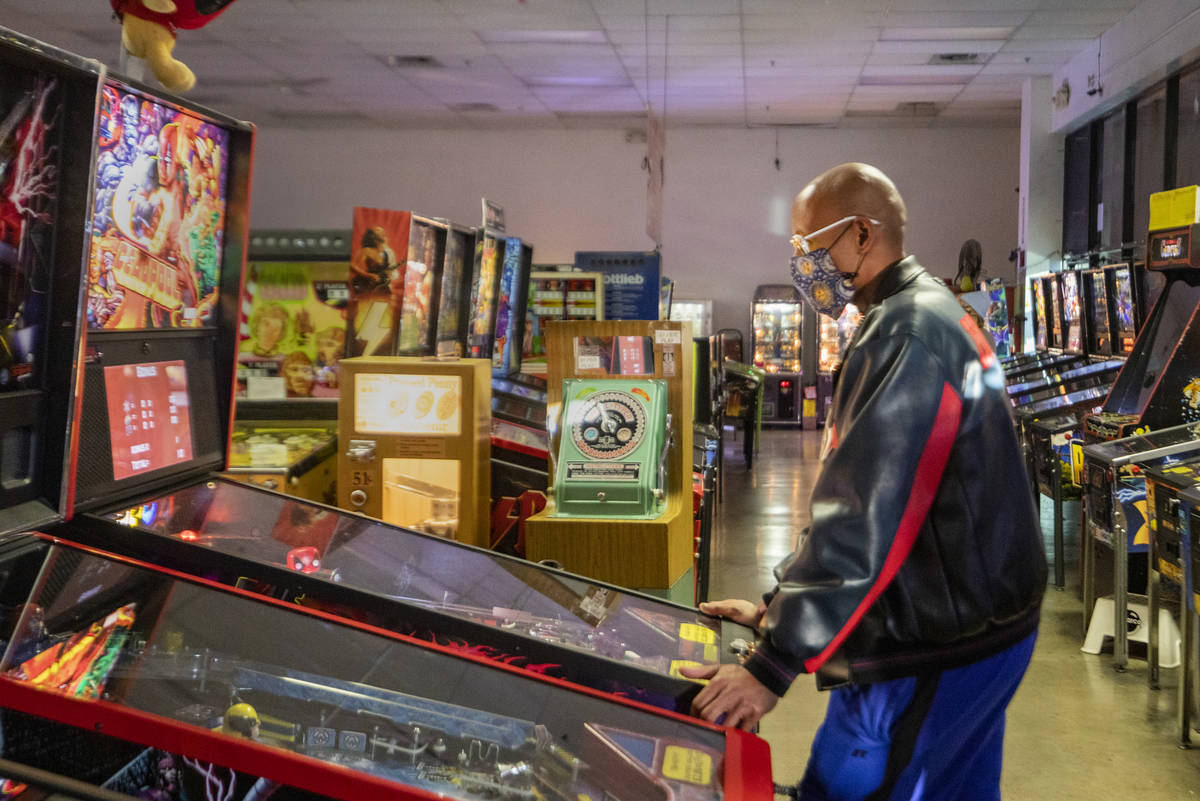